Sunday's 4/3/2016 snow brought good numbers of birds to our deck feeders and surrounding yard. Here are photos of some of the species present, a few notable missed photo ops were 2016 firsts of Chipping Sparrow and Yellow-bellied Sapsucker.

We had a nice assortment of American Goldfinches, this is a fun time of year to observe their transitioning into breeding plumage. Here are a few of 25-30 that showed during Sunday's snow. 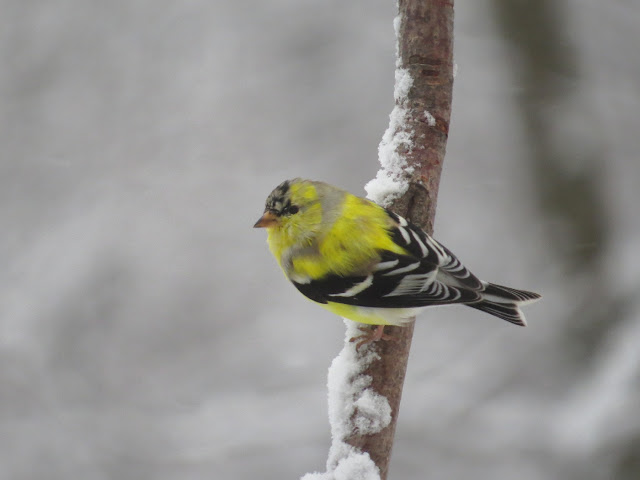 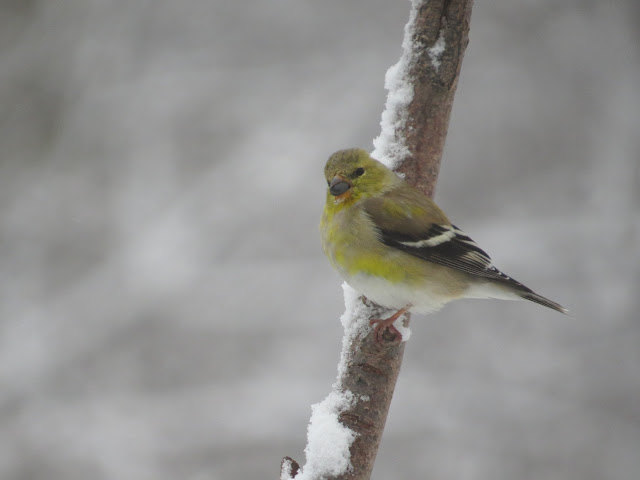 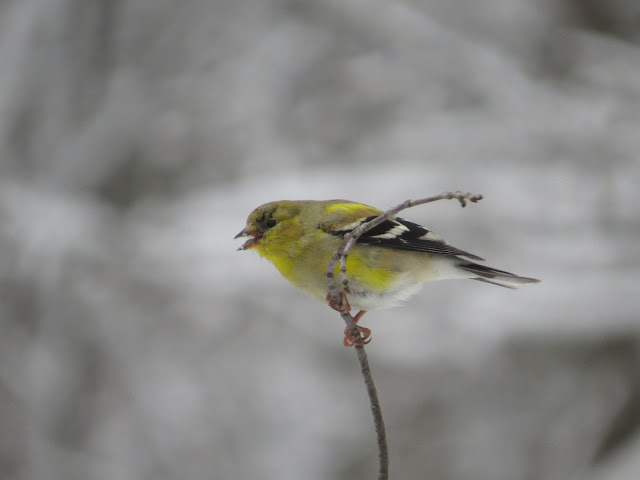 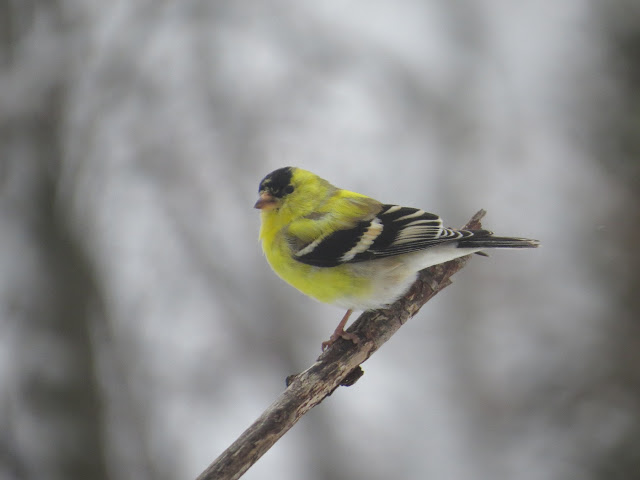 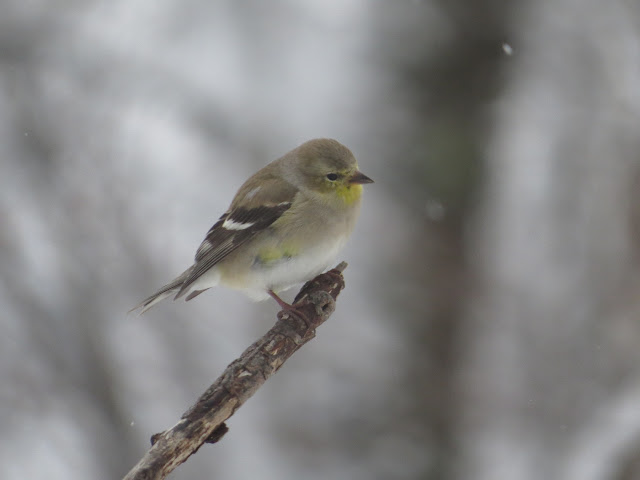 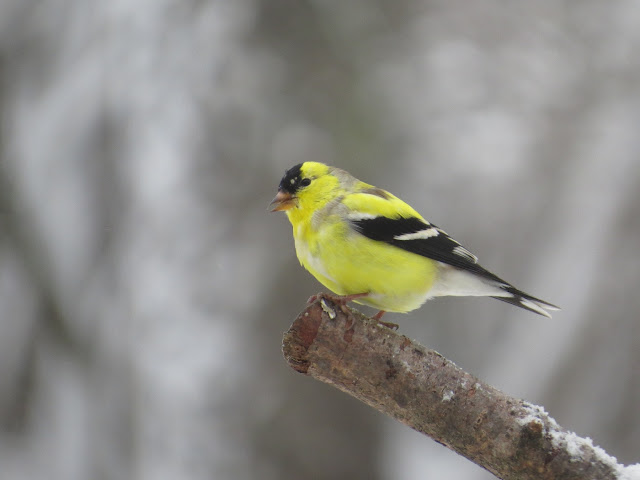 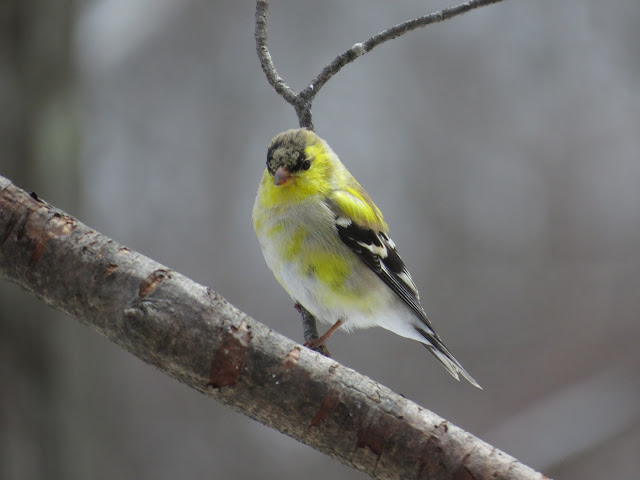 The east side of High Ridge Wild Life Management Area is a section that I (shamefully) have not explored in over 25 years I have birded and walked this area, other than occasionally checking Whitmanville Reservoir from South Ashburnham Road. The trail, off Old Gardner Road, lead to a stream that cuts through a small ravine which I followed till I reached the RR Tracks just east of the East Gardner Road Marsh.

While the woods were pretty "dead" today, later in the season this area should be a good location to find nesting warblers such as; Ovenbird,  Louisiana Watherthrush,  Black-throated Green, Black-throated Blue, Blackburnian, and Magnolia Warblers. Other song birds I'd expect nesting would be Hermit Thrush, Winter wren, Red-breasted Nuthatch and Golden-crowned Kinglet and of course Red-eyed Vireo.


Bush whacking from the rr tracks eventually lead me to a large beaver impoundment,  to the east. The spruce grove that surrounds the pond would appear to be good habitat from nesting Golden-crowned Kinglets, Magnolia Warbler and Red-breasted Nuthatches.


The bird list from this 4 1/2 mile meander through the woods:

We had a perfect Sunday walk at Gate 40 on the 8th, more of a general "poke around" out and back walk to Dana Center then continuing to a large marsh. One high light was gathering some oyster mushrooms which Karin made into a great soup on Tuesday.
The pictorial highlights are below: