I stopped by Fitchburg Airport Sunday afternoon during the storm, hoping the bad weather might have grounded some migrant shorebirds. I was really hoping for American Golden Plover. Soon after arriving I noted 20+ Black-bellied Plovers and a single American Golden Plover mixed in. Continuing to scan I turned up a few Greater Yellowlegs, 2 Short-billed Dowitchers and 10 Sanderlings! While rescanning the plovers I soon realized there was over 50 Black-bellieds and  3 longer billed shorebirds in the grass. The 3 quickly flew and dropped back into the grass, they showed black underwings...a quick recheck ... Hudsonian Godwits!

I called a few birders and while on the phone with Kevin B. a gull like bird approached, I "glassed" it and promptly told Kevin a @%#$*( Jaeger. I tossed the phone in grass and took a few digi-bin shots... My impression was that of a Parasitic Jaeger: It was brownish and barred underneath, with little contrast between the under wing and tail barring and the body, short central tail feather projection and whitish at the base of the primaries....from my limited experience with Jaeger it did not have the "heft" of  Pomarine nor the daintness of a Long-tailed.
The poor photos are below only reveil a silluette.
﻿﻿
﻿﻿﻿﻿﻿﻿﻿﻿﻿
﻿﻿﻿﻿﻿﻿﻿﻿
﻿ 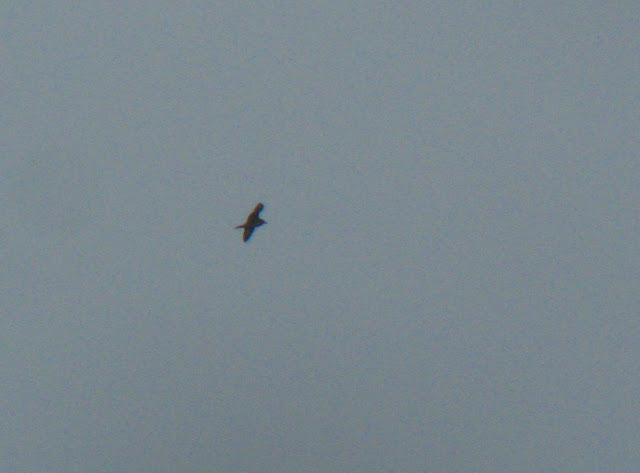 Below are a few shots of the Red Knots, a total of 8 were present, I would agree these are very poor but  none of the birds were close.
﻿
﻿

﻿
﻿
﻿
﻿ ﻿ ﻿ Below a shot of the Husonian Godwits in flight, taken with a cannon A590 through a Zeiss 8 x42 FL binocular.
﻿
﻿﻿ ﻿﻿ ﻿ This was a very impressive showing of shorebirds at an inland locale, there were some peeps that had to go unidentified, a few larger looking peeps may have well been Baird's, but the distance was too great. The highlights follow:
Balck-bellied Plover .. 64
American Golden Plover .. 7
Semipalmated Plover .. 2
Killdeer ..  2
Greater Yellowlegs ..  4
Lesser Yellowlegs .. 3
Hudsonian Godwit .. 3
Red Knot  .. 8
Sanderling  .. 10
Ruddy Turnstone .. 12
Least Sandpiper .. 3
Semipalmated Sandpiper .. 20
Short-billed Dowitcher .. 2
Parasitic Jaeger .. 1 (feedback on photos welcomed)
Lesser Black-backed Gull .. 1 adult
Posted by Tom Pirro at 9:37 PM 2 comments:

Mid August signifies the onset of Common Nighthawk migration, I have gotten out during a few recent evenings to tally these long distant migrants on their way to South America. 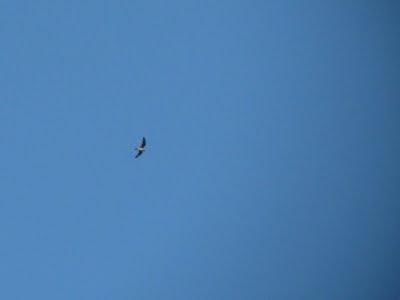 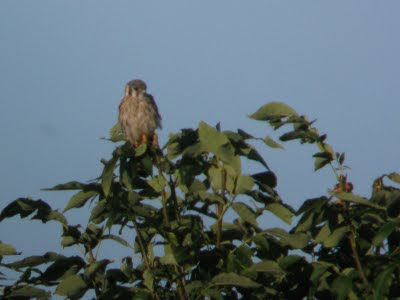 An American Kestrel perched on an apple tree near the Nighthawk watch site.
I've yet to hit a big count but tallied 24 on 8/17 and 54 on 8/22, with peak numbers expected over the next week or two. More information on a regional wide effort can be found at the SuAsCo/Nashua Rivers & Beyond Nighthawk Survey .
Posted by Tom Pirro at 8:24 PM 1 comment:

I recently stopped by Muddy Pond in Sterling, aka Sterling Peat. The water level was fairly low, but the shorebirds were present in small numbers. Less than 10 Least Sandpipers, a Lesser Yellowlegs, and few Spotted Sandpipers and of course Killdeer. What appears to be a family group of Green Herons showed nicely, with 1 adult and 4 hatch year birds present. 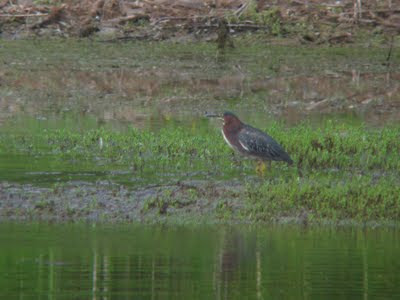 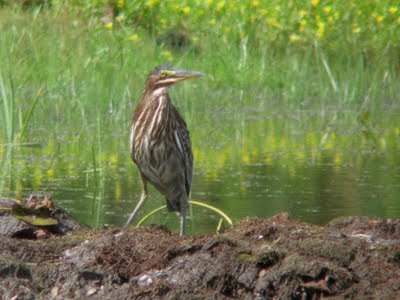 This juvenile was a bit closer. 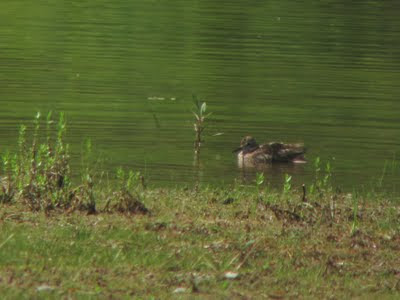 This Least Sandpiper was bathing.
There was no Great Egret nor the adult Little Blue Heron that was present a month ago.
Posted by Tom Pirro at 11:01 AM 1 comment: