During the past few mornings I have heard and seen a Pileated Woodpecker drumming near the yard, just as it has for the last few years. I was able capture a digi-scope shot of ths male: 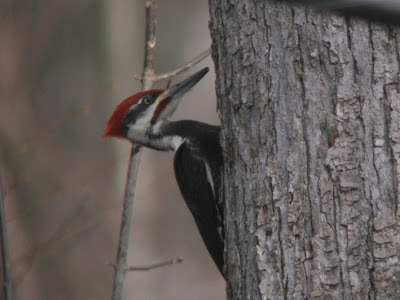 With the recent warm weather, other avian sounds of spring have been prolific, singing Black-capped Chickadees, Tufted Titmice, House Finches and drumming Downy, Hairy and Red-bellied Woodpeckers.
Posted by Tom Pirro at 10:38 AM No comments:

Back in the 11th of January I spotted a wing tagged Ring-billed Gull in Gardner, a woman was feeding pigeons and gulls at a shopping plaza. I emailed Ken McKenzie and he quickly reported the following data on the tagged gull: Here is some specific information on A653:
Captured 01/05/12 at Lincoln Plaza, Worcester, MA
Captured using a rocket net baited with crackers
Sub-adult male ring-billed gull
Orange wing-tags: A653
Red leg band: 103
Federal leg band: 0994-04397
Released on site
Sightings: This is the first sighting of this gull since its capture.

Below is a digi-bin snapshot of the bird with its "catch". 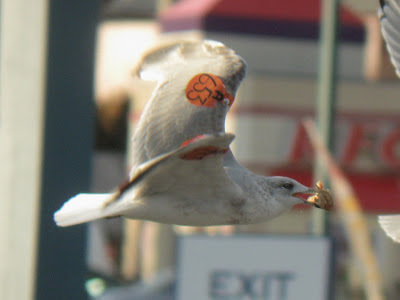 When I got home I pickup a voice message from a woman, in Westminster, that had a dead bird (perhaps a window strike?). She thought it was a pigeon, but thought it odd that it was banded. I stopped by her home for the bird, figuring I might be able track down its origin. It certainly was a pigeon with a metal band on its left leg and a red band on its right. From the American Racing Pigeon Union's web site I was able to glean the following, based off the band information:

AU98: (AU signifying it was an American Racing Pigeon Union affiliated bird and 98 was the year it was banded and hatched, so it was 13 or 14 years old).

WVC : Is the specific club's letter code, that being the Wayne Valley Club, out of Wayne, New Jersey

I did leave a voice mail from the online contact information but have not heard back to confirm.

Below is a photo of that pigeon....and now for another pigeon story...... 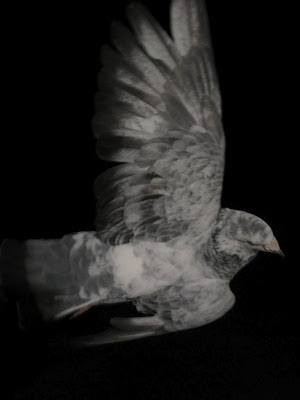 ...yesterday (2/8) on the way home from school I stopped off Prospect Hill Road in Royalston for a few minutes, hoping for siskins and/or Evening Grosbeaks. A Rock Pigeon flew in from the north landing on the roof of a nearby home,  it seemed an odd place for a pigeon. A few minutes later it landed closer, on a garage roof, it was banded. I was able to read most of the band info through the binocular but was missing a few characters. While retrieving a pencil and paper from the car, to jot down the numbers I had, it landed on car roof! Swapping out the binocular for my reading glasses I was able to get all the band info!

NPA : National Pigeon Association
11 : banded hatch year
CG: an alpha code of the band # sequence
868: band #
I have an email to that organization and hoping will find this bird's origin.

Below are photos from a few Essex County birds this January and feeders birds at home: 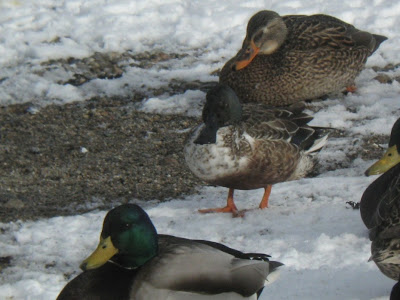 Northern Shoveler (with mallards) at Loblolly Cove in Rockport, Ma. 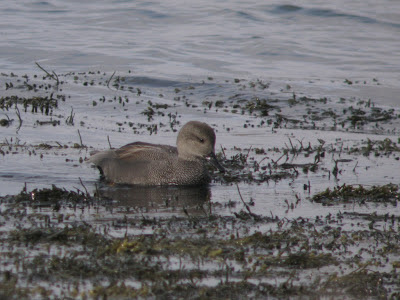 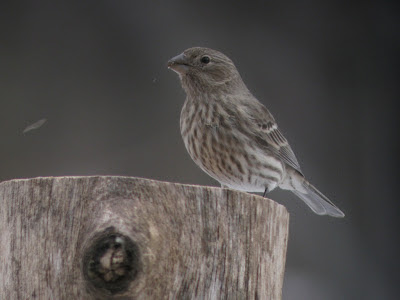 Female House Finch on the back deck 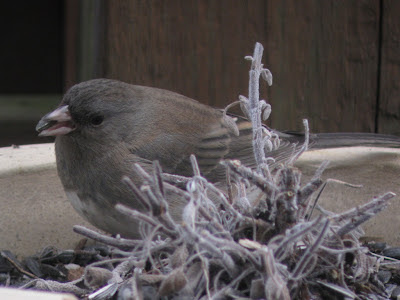 Dark-eyed Junco in a flower pot on the deck.
Posted by Tom Pirro at 3:25 PM 1 comment: