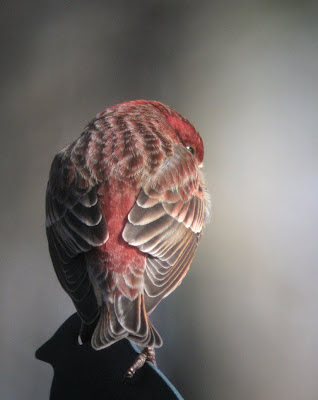 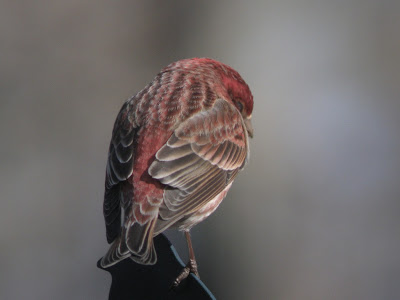 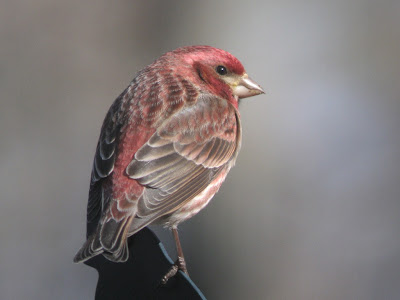 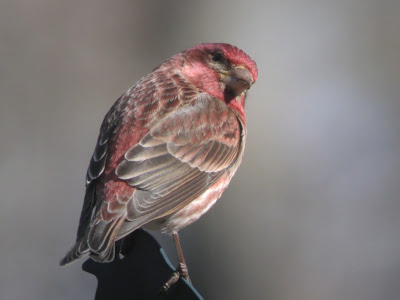 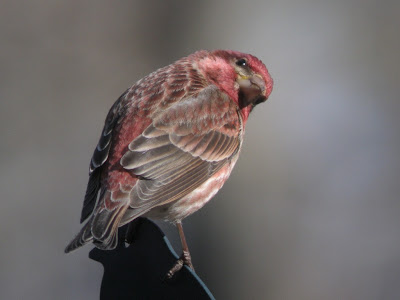 An assortment of American Goldfinches in their spring or pre alternate molt first two males and two shots of the same female..... 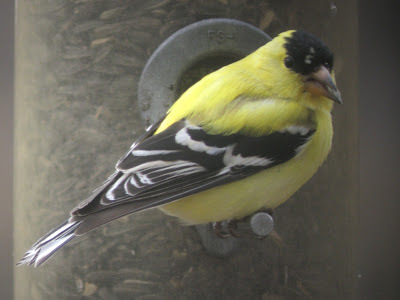 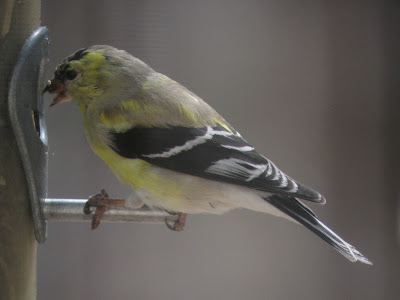 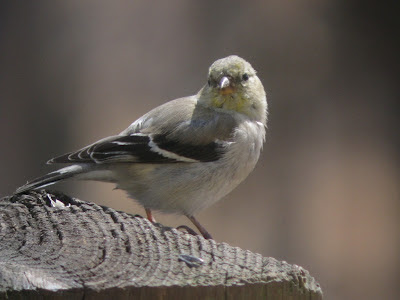 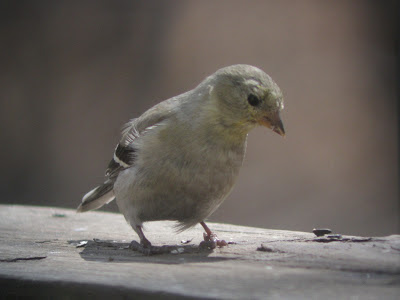 I have never really "subscribed" to the fact that Purple Finches are winter finches, at least in North Worcester County. For me this species is typically difficult to find, in any substantial numbers, during the winter months. Typically they seem to become more prevalent during late March/April, often being most numerous during mid-April. Over the past few weeks I've been hearing purples singing in the neighborhood, this morning I captured a few digi-scope photos while they were visiting my feeders. Also, present were a several American Goldfinches, enjoying black oil sunflower seed, likely helping fuel their spring molt.