More times than not, when I have asked hikers what their favorite hike (and views) in New Hampshire's White Mountains is, the answer has often been "The Bonds". These 3 peaks (Mts. Bondcliff, Bond and West Bond) are in the heart of the Pemigewasset Wilderness, on the north side of the Kancmagus Highway. Last Friday Karin and I decided make the journey and hoofed it in 11+ miles, stayed at the Guyot Campsite/Shelter area, and returned on Saturday. 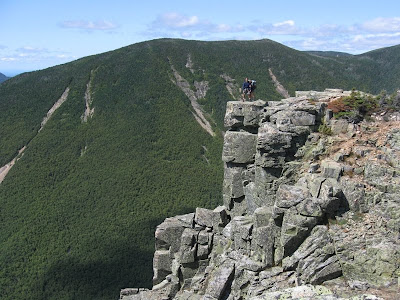 The classic pose on Bondcliff (West Bond is in the background), the photographer (Carl from Pa.) had just told us of a co-worker's relative, who'd fallen to her death when she took one step too far back during a photo opp. in Egypt. Not what we needed to hear before stepping out on the ledge!

This hike begins on the Lincoln Woods/Wilderness Trails (off the Kancamagus Highway) then onto the Bondcliff Trail. The first 5 miles follows an old railroad bed, which was once used for logging. This section, along the rail bed, is easy and follows the East Branch of the Pemigewasset River for much of its length. 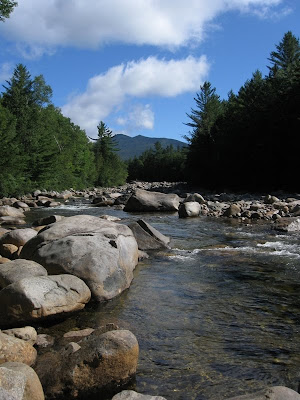 A view up the E. Branch of "The Pemi" river, I believe thats our destination in the distance.

The next 4 to 5 miles, along the Bondcliff Trail, gain elevation at a steady rate, several stream crossings (that posed no issues, but would in high water conditions), some mud here and there and a steep (but managable) "scamble" just before breaking above treeline and reaching the summit area of Bondcliff. With clear crisp weather, the views were indeed ..... remarkable...in all directions! 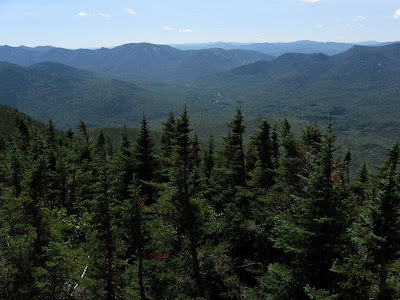 Looking SW toward Loon Mountian ski area, the E. Branch of the "Pemi" cuts a rocky ribbon through the forest far below. 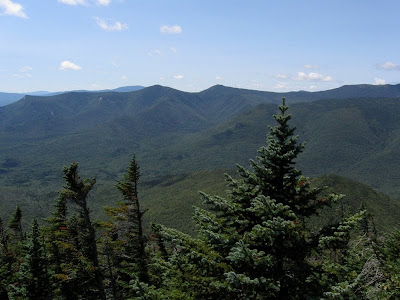 The view east toward Mts. Flume, Liberty and the south section of the Franconia Ridge. 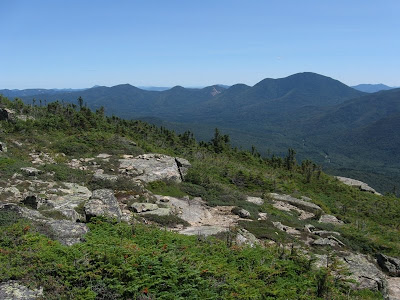 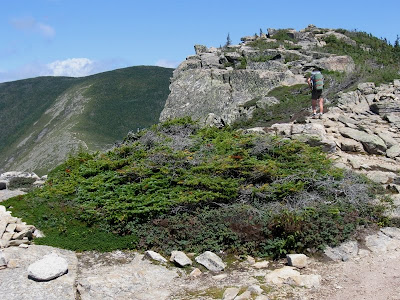 North toward Mt Bond, the nest 1+ mile is above tree line, the trail can be seen as a narrow ribbon along the exposed ridge. 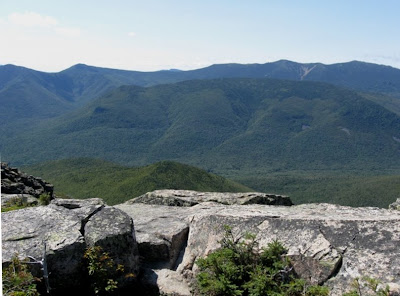 Looking WNW Mts. Flume, Liberty, Lincoln and Lafayette (from L to R), with Owl's Head below center. Its called Owl's Head, but to me it looks like a giant sleeping six legged reptile (its head to the left, legs, back and tail to the right). 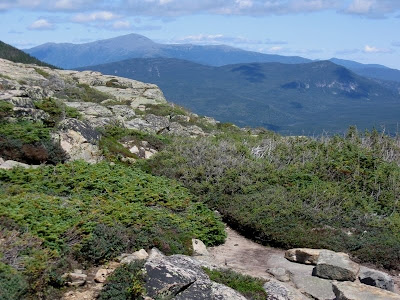 The view NE toward the presidential range, with Mt. Washington just left of center.
After hiking along the ridge we continued onto the Guyot Shelter/Camp site, and after a bit of confusion as to the proper protocal we ended up staying in the shelter. There was a nice group of hikers (and dogs), some we'd already met on the summit of Bond and Bondcliff, and we a good time visiting and getting to know them.
I had a relatively sleepless night, note to self "move ear pluges closer to the top of the priority list", as one hiker's snoring may have registered on some geologist's rictor scale.
On Saturday morning we hiked to West Bond and enjoyed more spectacular views, it was nice to know we'd follow the previous day's route back. The views while passing back over Bond and Bondcliff would offer a slightly different perspective as we'd have the morning sun vs. the previous day's mid-day sun. 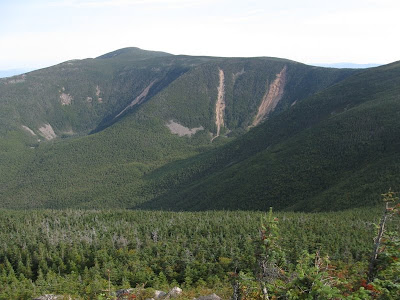 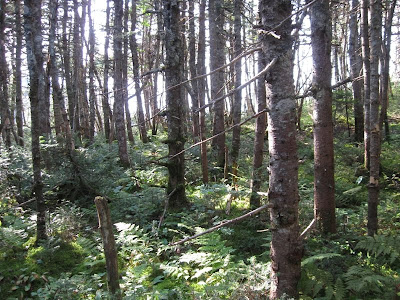 This stand loose Balsam Fir let in the sun rays, often the Balsam is very thick and nearly
impenetrable to both sunlight and hikers. 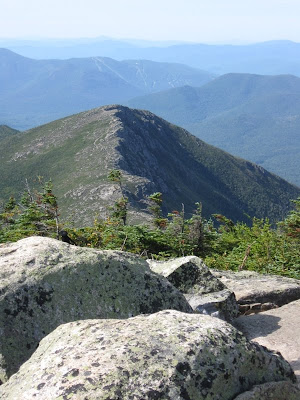 The view from Bond down to Bondcliff and open ridge that connects the two mountains. 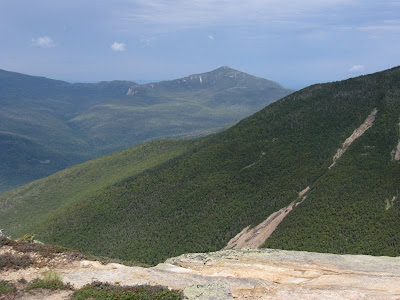 Mt. Garfield to the north west, was looking spectacular! 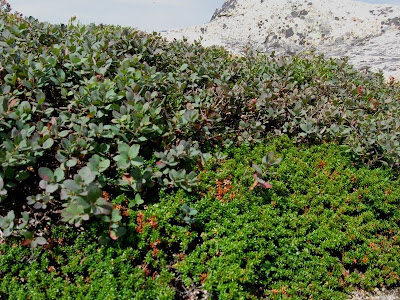 Some "alpine" vegetation, the trails are marked well to help prevent hikers from tramping these plants. 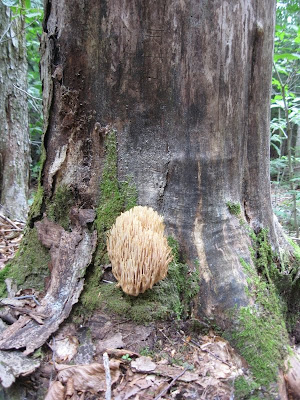 This growth was most interesting, I believe its some type of coral fungus.
After hiking back below tree line the hike out seemed longer than the hike in, while the distance was the same and down hill, the cumlative effect of our over night packs was having its effect, particulaly on the feet. The thoughts of "Pemi Ale' at the Woodstock Inn helped us keep a brisk pace despite the aching feet!
For a more detailed perspective of the hike to Bondcliff, check Steve D. Smith's account HERE. Steve owns a book/map store in Lincoln, NH ("The Mountain Wanderer) that caters to Hiking and other outdoor activities, his store is always worth a visit whether to browse books or ask for advice.
Posted by Tom Pirro at 8:45 AM

Hi Tom..."well" that first picture I was not expecting as my heart went up in my throat and fell to the bottom off my stomach all at the same time!!
I just love the mountains but "do not expect me to step out of my comfort zone"..and standing out on that edge aaah "no"!!
You have spectactular photos here!!
Cannot believe I ever did the climbing and viewed some of the same beauty!!
Thanks for the trip...I can do it from my rocking chair this time!! LOL : }